How the western liberal democracy model and its promoters are wrong?

To the question on the meaning of wisdom, Greek philosopher, Socrates, is said to have famously responded: ‘Know thy self.’

For having taken upon themselves the role of lessons’ givers unto to the rest of the world, the western intelligentsia missed the major changes taking place in the world, starting with their own countries.

From their ivory tours, they missed the signs that were there for the rest of us to see: a global financial crisis, the advent of the internet, giving everyone a voice, popular elections going spectacularly against their instructions, pubic protests demanding their ousting, the global warming and the so-called ‘developing world nations’ succeeding where the western world is failing.

I could go on and on.

One of their biggest deceptions through the years has been the discourse that: ‘there is no prerequisite for liberal democracy’. All has been sacrificed to make this falacy become a reality in vain.

The ordinary citizens on the continent were exploited, oppressed and their popular demands ignored.

In the meantime, western “experts” and politicians continue to meet in the same lofty quarters, agree with each other then make public announcements of grand ideas that the rest of world, especially Africa must follow.

Such pronouncements make these “experts” and politicians feel good, without ever taking responsibility for the disastrous effects of their previous directives.

While their countries like France burn and Britain is unsure, they generously urge Africa to emulate their one-size-fit-all models.

At times we feel like asking; which one exactly? The economic model that caused the financial crisis? The political systems that frequently elect populists to power; votes that result in Brexit or bring out yellow vests such on the streets of France?

Do you know which model you are talking about? Do you have one to show?

With self-referencing decrees, disregarding existential challenges peculiar to nations, they’ve insisted on selling a product (liberal democracy) that is dysfunctional in their own countries, let alone in fledgling societies.

In Rwanda for instance, the post-conflict nation faced genocide ideology within its borders and security threats outside.

Yet experts are agitating for confrontational political competition, seeking to divide an already fragile nation trying to heal itself.

The same blinkered arrogant attitude was applied to popular calls for reform and social welfare in western nations.

The results are a what we see today; a total dismissal of the political elite, a vote of protest in favor of populists and an eroding interest in ‘res-publica’.

With voting participation hitting all times low margins; dismal living conditions, an ever greater threat of neo-fascism and tyranny to seize power.

Today, no nation is in a positon to dish out lessons to anyone. In fact, none should ever have claimed to do so.

Developed and developing nations did not wait for the global thinkers to tell them what to do; instead, they hit the ground running, taking matters in their own hands and charting courses that they felt were delivering to their needs.

Countries such as the Asian Tigers—Hong Kong, Singapore, South Korea and Taiwan, China have succeeded in building massive and stable economies based on their home grown models and largely shunning the western ideas.

Today 130 million Chinese people go on vacation in European democracies and all 130 million happily return to the “dictatorship” of China, without a single one feeling the need to seek asylum.

In Africa one might speak of Rwanda which has made tremendous socio-economic strides through the emphasis of homegrown solution and Ethiopia which is seen as a developmental state.

Rwanda is the African country with the highest percentage of returning diaspora, while Singaporeans have the highest per capita income on the globe, the highest life expectancy, with 90% of citizens owning property.

To pretend to give lessons of governance to such stable and thriving nations all the way from a rioting Paris or a ‘Brexiteering’ London is foolhardy, to put it mildly.

The belief that the western mode of democracy improves lives has been disproven, and all evidence converges to a more realistic assertion that: improved living conditions boost democracy.

African nations, having been preached to, the democracy gospel for half a century without seeing their living conditions improved, are looking to Asian tigers for answers.

Having drastically reduced their aid dependency, African nations look to phase it out completely in less than a decade.

The truth is, money, along with skin color weren’t meant to rig the conversation among intellectuals on the future of our planet, our economies and our societies.

Voices of small-scale farmers weren’t supposed to be muzzled, communities’ livelihoods scarified and nature destroyed in the pursuit of ever greater monetary profits.

The hour of reckoning may have come. But it shouldn’t be the time for pointing fingers and settling scores; on the contrary it is time to listen to each other.

If there is anything the last twenty-five years have taught us is that those who claim to have all the right answers do not necessarily have them and every nation has its own problems and they, and no one else knows best how to solve them.

They must be trusted in that endeavor. We can make one clear conclusion here that the western liberal democracy model has been and is dangerous to be understood as a one-size-fit–all model. 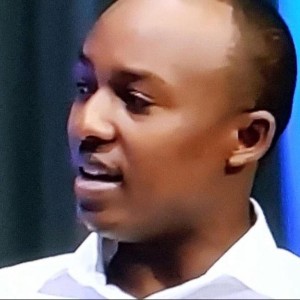